LinkedIn is a professional network that can be very useful for your company as a marketing tool. Today we’re going to explore 5 of the most powerful LinkedIn tools for small businesses and how we can utilize them to take our existing marketing journey to the next level. Events This function is very simple, allowing you to post events that can be viewed by contacts within and outside your network. You can include your own events and also find events that might interest you. Th

The Importance of Brand-Focused Digital Ads

Many business owners are unaware of how valuable building a brand is to their business. We believe that it is important to first understand just how important your brand is, before deciding on how you spend your marketing dollars. If business owners want to make informed decisions about the allocation of their marketing budget, they should first consider the objectives of their marketing strategy. Digital Ad Spending Statistics Just in case you haven’t paid attention, digital 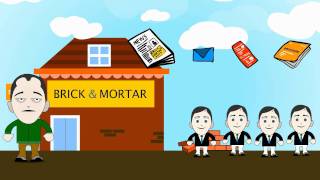 How To Be Your Own Music Publicist

How To Be Your Own Music Publicist: Getting that first article written about you can feel like a daunting task. Two great places to start are your local hometown music bloggers (assuming that you don’t live in NYC or Los Angeles) and any smaller music blogs. Many small (and even big) music blogs are run by normal people with normal day jobs, who just happen to have a deep love of music. Making genuine connections with these people is the gold currency on which your career wil

Prince Was A Revolution

Revolution: A relatively short period time when the population rises up in revolt against the current situations. Prince Rogers Nelson was the prime example of what the prior statement explains. He was A Revolution within the Entertainment Industry. Loved by all across the world! Prince turned the sky purple and flew away last week. It took me some time to write about Prince. He was personally my favorite entertainer. He was a asset to the world contributing to humanity in gi

Exclusive: Sony and SoundCloud have done the deal everyone was waiting for

Exclusive: Sony Music Entertainment has not only licensed SoundCloud, but taken equity in the streaming business as part of the deal. Watertight sources have told MBW that contractual terms have been agreed between both parties, following on from similar agreements with Warner Music Group in late 2014 and Universal Music Group earlier this year. The world’s second largest record company, Sony will not only receive stock inSoundCloud, but has also been invited to participate i

What Does ALL These SnapChat Symbols MEAN! UGH?! LOL!!

Have you gotten a little frustrated at the different symbols that are within the SnapChat app? Click The Link To Get Information In Regards to all the symbols! via- digitaltimes #digitalprpublicrelations #marketersmarketingpublicrelationspr #onelmediamediadigitalmusicentertainmentcross #marketingtrends

A virtual assistant is a freelancer who does a variety of tasks normally done by personal or admin assistants. As contractors these people work offsite, usually from home. They provide their own equipment and workspace, and only ask to be paid for the service they render, whether it is on piece rate or hourly basis. Work is done and submitted online; all an employer needs to provide are a contract and payment for services rendered. It is easy to find ads for virtual assistant
1
2

8 Things to Include in Every Healthcare Marketing Plan

The Importance Of Data Collection And How the Music Industry Can Benefit From It!

Marketing In The Digital World

The Valentine’s Day Gift From Your Favorite Dating App!